Odds and Ends... and Opera! 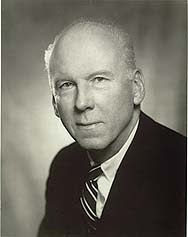 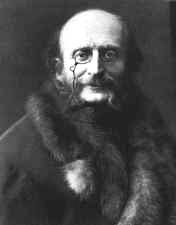 The KSO just finished a run of Young People’s Concerts at the Civic Auditorium. The theme for these shows was “Got Rhythm?” and the five audiences we played for all decidedly did. Dancers from Go Contemporary Danceworks were featured on a Quadrille from Offenbach’s Gaîté Parisienne and Strauss’ Blue Danube Waltz. The shows were educational for the musicians also; I learned, through pictures on the Jumbotron, that Leroy Anderson was the splitting image of the Superintendent of Schools of many small towns in the fifties, and that Jacques Offenbach was a strange-looking dude.
The Knox County Schools’ 2011 Honors Orchestra concert will take place TONIGHT at Farragut High School at 7:00. This is a free concert featuring a middle school and a high school orchestra. Come support Knoxville’s talented young orchestra musicians!
Nadine Hur and her husband David Kim are proud parents of baby Alex!!! He was born on the 21st of October in St. Louis and weighed 6 lbs. 13 oz. We miss ya Nadine, and hope to see Alex soon!
Opera is served next at the KSO’s banquet. A gem from Verdi’s "middle period," La Traviata will feature Joyce El-Khoury (who was heard here in Pagliacci in 2009) as Violetta, Zach Borichevsky as Alfredo, Mark Womack as Giorgio Germont, and Kevin Thompson as Dr. Grenvil. Verdi’s amazing party music is perky and quirky, and Ah, fors’è lui, Sempre libera, and Brindisi are vocal tours de force that sound young and fresh under the baton of Brian Salesky. Friday night at 8 and Sunday afternoon at 2:30 at the Tennessee Theatre.
Posted by KSO blogger Andy at 1:33 PM