The Nutcracker and Other Good News


The Nutcracker is back! The Appalachian Ballet Company’s annual production runs this coming weekend on Saturday at 8:00 and Sunday at 2:00 at the Knoxville Civic Auditorium. The following weekend, on Saturday the 9th, there will be two performances, at 2 and 8, at the Clayton Center for the Arts at Maryville College.

There’s always something new to glean from the Nutcracker, even without seeing the dancing. The score is a Coney Island of orchestration technique. At every performance I marvel at the percussionist remembering to always hit the chime 12 times, at the bassoons who hold an insanely long note just before the battle scene, at Cindy Hicks’ consistently flawless renditions of the harp solo that ushers in the Waltz of the Flowers, at the desolate beauty of the Waltz of the Snowflakes. This year a new dancer will be from the KSO family; trumpeter Marc Simpson’s daughter Julianne will be a soldier! She’ll be the one with the new contact lenses. Also, Picardy Penguin’s charming sidekick, Katy Wolfe Zahn has a son who is onstage as a page.

Violist Jen Bloch and cellist Ildar Khuziakhmetov are not playing the Nutcracker, for they have just welcomed their second daughter into the world! Maia Alina was born Monday morning, Nov. 26th, joining big sister Alexandra Rose in the household. 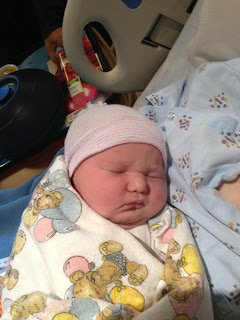 Knoxville investment firm The Trust Company, with the help of an online poll, will be selecting one of three non-profit organizations to be awarded a $5,000 donation! The KSO is competing with The Helen Ross McNabb Center and Ijams Nature Center for this award, although a minimum $1,000 gift awaits the two organizations which do not get the highest vote count. Show your support for the KSO and log on here to view contest rules and to cast your vote! The contest is open until December 9th and you can vote once a day until then.

Posted by KSO blogger Andy at 11:22 PM No comments:


The Korngold Concerto/Brahms 4 concert was every bit as challenging and rewarding as I had predicted it would be. Concertmaster Gabe Lefkowitz captured the spirit of Korngold precisely. Mr. Lefkowitz had plenty of reason to celebrate, and we surprised the staff at Boyd’s Jig and Reel on Friday night with our numbers. His parents had come to town; I had a nice chat with his dad about our mutual Boston friends. Maestro Richman also had some interesting things to say comparing the Brahms 4 of last week with the Brahms 4 from his audition here. High on his list was how the orchestra could adapt “on the fly” more easily than when he was first with us, but he was quick to point out that the orchestra had a large contribution to his own personal growth as a musician over the last 10 years.

We figured Gabe was sleeping late the next day, hanging with his parents, but no! He carried on without a comma, flying to DC to rehearse the Ravel Tzigane with the Youth Orchestra of Prince William up in Manassas, VA. We remember the Tzigane well from the Remedy Coffee concert; that is one lucky youth orchestra that got treated to his artistry on Sunday.

The entire KSO family is deserving of a nice Thanksgiving break. I am constantly amazed at the reach and sheer number of concerts and programs that the Symphony does. We here at the blogger household just welcomed back our older son Thomas back from Middlebury College, where he is a senior. He hadn’t been in Knoxville for almost 12 months! He is always shocked at how warm it is here in Knoxville. Add to that my wife’s parents, and it’s a full house. We put the ping-pong table away, put up a dining room table that was in my wife’s grandfather’s house, and just like that our playroom is now a dining room! (The room was way too small for a ping-pong table anyway; we called it “chamber ping-pong”). Some of the chairs that go with the table had to be doctored by our carpenter buddy, (KSO cellist) D. Scot Williams, who you may recall is also the builder of the new conductor’s stand at the Tennessee Theatre.

On behalf of the KSO family, please have a restful and happy Thanksgiving!

Posted by KSO blogger Andy at 12:57 AM No comments:


One thing I have noticed about this month’s Masterworks concerts (Thursday and Friday nights, 7:30, Tennessee Theatre) is the format. Overture-concerto-symphony was most orchestras’ magic recipe for success for years and years. This season, only this week’s concerts follow this format strictly. Getting away from this formula was an important step in increasing an orchestra’s relevance, as a wealth of new music started appearing in the 80's which did not fit neatly into one of the three categories mentioned above. Some overtures really weren't appropriate anywhere but at the beginning of a concert and therefore came around less frequently, and I believe Carl Maria von Weber’s Der Freischütz Overture is a good example. It starts with a beautiful horn chorale that leads to some quintessential stürm und drang writing. Turning from C minor to C major, the finish is rousing and noble. (Reminds me of a fine wine I had recently).

Erich Wolfgang Korngold is about as under-appreciated a composer as the Average American might hear about. Considered groundbreaking and influential in his day, his music only fell out of favor in the 50's because EVERYONE ELSE STARTED WRITING LIKE HIM. When you hear a John Williams film score, e.g. StarWars, you have to remember that George Lucas asked Williams to make the score “sound like Korngold.” Concertmaster Gabe Lefkowicz gave a taste of the first movement of the Violin Concerto at the Remedy Coffee concert last month. This is the real thing and he is all over that violin, I tell you what! The themes of the work come from Korngold’s movie scores from the ‘30s; remember that movies were in black and white then, so a composer’s job was to supply color. Think Barber vs. Rachmaninov and you see where Korngold’s muse is. We have often played his Der Schneemann, (the Snowman) on Clayton Holiday concerts, quite an accomplishment for a boy of ELEVEN.

I have included the trailer for the Warner Bros. Film Anthony Adverse (1936) for a sample of his film scoring. So charming. And oh, oops, here’s a scene from the actual film. This is the film that the Violin Concerto’s second movement theme comes from. It's also the film that won Korngold his first Oscar.
Posted by KSO blogger Andy at 2:06 AM No comments:


What a weekend! I hope you were able to catch one of a million things that happened; Oak Ridge Symphony, Johnson City Symphony, Knoxville Early Music Project (KEMP), La Boheme at UT Opera (still one more performance of that, Monday night the 12th!). Not to mention that free admission at the zoo deal that couldn’t have happened on a nicer day, weather-wise. We even had an earthquake!

Posted by KSO blogger Andy at 1:37 AM No comments:


It seems like the November Masterworks concert always includes my favorite piece of the year- and frequently turns out to be the most challenging. November 2008 brought Beethoven’s 7th, 2009 featured Petrouschka, 2010 Strauss’ Suite from Der Rosenkavalier, and last year the Bartok Concerto for Orchestra. This year continues the phenomenon with the Brahms 4th.

In my undergraduate days at the Hartt School, we were required to take an assembly class called “Musicianship.” It was a weekly assembly that from week to week featured a potpourri of performers (e.g. percussionist Colin Wolcott, violinists Anne-Sophie Mutter and Josef Szigeti), lecturers, student performances and faculty appearances (such as Jackie Maclean, Gary Karr and Charles Treger). One lecturer did a program on how Brahms’ 4th was really an homage to Mozart. I have forgotten most of the details of his presentation, but one that stuck with me was that the keys of the Brahms symphonies (#1 in C, #2 in D, #3 in F and #4 in E) turned out to be the opening 4 notes of the finale of Mozart’s Jupiter Symphony; to wit, c-d-f-e. Coincidence? Probably not.

One doesn’t usually equate humor with the music of Brahms, but the third movement (Allegro giocoso) of the 4th Symphony is probably Brahms at his punchiest. Before I ever played the symphony I was exposed to an abridged rendition of the third movement by the rock band Yes. On their Fragile l.p., a track entitled Cans and Brahms featured keyboardist Rick Wakeman going nuts on a variety of synthesizers, which had literally just been invented. When I heard the rest of the symphony, I realized that the 3rd movement was there for comic relief. The rest of the work is thoughtful and moving. The first movement is a staple on violin auditions and draws the listener in with its pregnant pauses and mood swings. The second movement, Andante moderato, is full of tender moments and majestic alpine harmony, reflecting his surroundings summering in the Austrian Alps. The last movement (Allegro energico e passionato) runs the gamut from tumultuous to placid. With its passacaglia form, it strikes the perfect balance of beauty and intellect.

Posted by KSO blogger Andy at 10:55 PM No comments:


After a spate of dramatic works, the KSO turns to the 18th century for the chamber orchestra’s presentation of music by Haydn and Beethoven. On Sunday, Nov. 4th, 2:30 at the Bijou Theatre, KSO principal trumpet Cathy Leach will be the soloist in Josef Haydn’s Trumpet Concerto, and early symphonies by Haydn and Beethoven will flank the concerto.

“Papa Haydn” uses an unusual instrumentation for his Symphony # 22. Instead of the expected pair of oboes, two English horns (cor anglais) bear the crown in the woodwind family. Down the ages, the naming of this instrument has had a far-flung path. Developed in Silesia in the mid-18th century, the original name seems to have its roots in the German word engellisches, which means angelic. As fate would have it, engellisches is also the same Middle High German word for “English,” which fed the confusion and lore. Throw in a camp of people who believe that due to the presence of an angled bocal (connecting the reed to the instrument), that cor anglais means “angled horn.” (The French word for “angled” is also its word for “English” and is not capitalized in that incarnation). Well, call it what you will, the deeper, thoughtful tone of the English horn is bound to result in some deep thoughts, hence the subtitle for the 22nd, The Philosopher.

Beethoven’s 1st (1800) is a product of a composer who was about to smash the mold that had been the symphonist’s formula for decades. Coming only 2 opus numbers after his six monumental op. 18 string quartets (the “Old Testament” of quartet playing), it is more like an orchestrated quartet in its mood and content. This is a work that my high school orchestra tackled, or attempted to tackle, back in the 1870's. Needless to say, the KSCO will be taking somewhat faster tempi than we took back at My Old School.

Posted by KSO blogger Andy at 10:14 AM No comments: