Maestro Aram Demirjian will lead the KSO Chamber Orchestra in a euphonious program of chamber orchestra gems on March 4 at 2:30 at the Bijou Theatre. So “March forth” and check out some of these standards. The table will be set by J.S. Bach's beloved Brandenburg Concerto No. 3; a fascinating, intricate work which you have heard if you have seen Die Hard, Hannibal, Moll Flanders or Romy and Michele's High School Reunion- or, no doubt, if you have attended a wedding where strings were playing. Actually, fascinating and interesting are words that well describe (in different ways) all of the works on the concert. Following the Bach will be Stravinsky's Neo-classical Concerto in E-flat Dumbarton Oaks, Christopher Theofanidis' Muse, and Mozart's crowning symphonic achievement, the “Jupiter” Symphony (No. 41). This concert will be special to me as it will take place on the 35th anniversary of my senior recital at the Hartt School. Wow, do I feel old...

While Sunday's concert is the main event for the KSO this weekend, there are a couple other events that are worth mentioning. One is tomorrow night's concert at Bearden High School, where the students will be joined by the KSO strings to present John Rutter's Suite for Strings, Jean Sibelius' Andante festivo and Joshua Reznicow's Darkened Shadows. That 7:00 performance will begin with a collaboration between the Bearden High and Bearden Middle School orchestras, sort of a “side-by-side junior” event.


Finally, KSO Principal Flutist Hannah Hammel will be presenting a recital at UT's Powell Recital Hall on Sunday at 8:00 (following the KSCO concert). She'll be accompanied by pianist David Mamedov, and UT's professor of flute, Shelley Binder. Music of Poulenc, Bach and Doppler will be performed, with a transcription of the Franck Violin Sonata as a closer. This sonata has also been arranged for tuba, cello, viola and alto sax with piano, and amazingly, organ with choir. After hearing Concertmaster William Schaub's performance of the Franck on his Concertmaster Series recital debut in October, it will be interesting to hear the Franck in a very different setting.
Posted by KSO blogger Andy at 12:12 PM No comments:

The Russians Are Coming!

It happens to be an all-Russian concert this Thursday and Friday at the Tennessee Theatre, but the more important thing to know is that regardless of their country of origin, three really vital works are being played. The “Rose Adagio” from Tchaikovsky's score to the Sleeping Beauty ballet, Rachmaninov's “Rhapsody on a Theme of Paganini," and Rimsky-Korsakov's Scheherezade combine for a powerful musical experience, with an interesting twist.

Tchaikovsky only wrote music for three ballets, yet they are all beloved standards. His musical language is distinctly Russian, although he was clearly marching to a different drummer than his contemporaries, whom I will discuss below. Make an aural note of some of the harmonic progressions in the Adagio; you'll be hearing them again in Scheherezade. This ballet was premiered in 1890, a year before Tchaikovsky conducted the inaugural performance at Carnegie Hall.

There always seems to be a lot of hubbub about Rachmaninov's visit to Knoxville, but the truth is that he lived in the US from 1918 until the end, attaining citizenship in LA just days before his death in 1943. This quarter-century saw him compose only six works, among them the Symphonic Dances which opened our season in September, and this week's Rhapsody. Pianist Tanya Gabrielian brings a confident panache to this brilliantly conceived take on Paganini's already bodacious achievement. 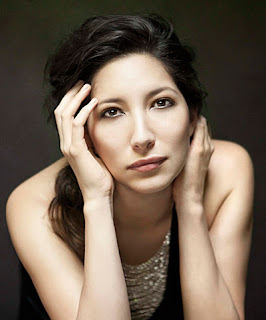 Rimsky-Korsakov is the third Russian composer on these concerts to spend time in the US. I kid you not, young Nikolai was a Russian Navy cadet, and put to sea during our Civil War. Ports of call featured Washington, Baltimore and New York, including a junket to Niagara Falls. His decision to enlist was swayed by tales told by his older brother, a naval explorer and navigator 22 years his senior. This is when ships were made of wood and had sails, and there were few guarantees at sea. Rimsky still managed in his free time to write a Symphony, premiered in St. Petersburg in 1865 under the baton of Mily Balakirev. The success of this work led him to resign his naval commission and take his place among the “Mighty Handful” of Russian composers, along with Mussorgsky, Borodin, César Cui and Balakirev. This fivesome was determined to blaze the path of the Russian classical tradition as established by Glinka. Of these five, Rimsky-Korsakov has proven to be the dominant force, having written both figuratively and literally an influential book on orchestration. Mussorgsky's opera Boris Gudonov as orchestrated by Rimsky-Korsakov's is a thing of beauty, don't pass up a chance to hear that. 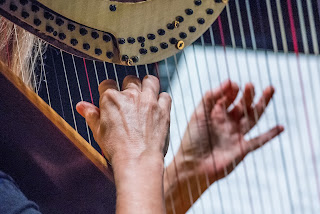 With the composer's naval experience in mind, it's no surprise that the outer movements of Scheherezade have nautical titles. Even beyond that, the third movement is a barcarolle with a Sicilienne rhythm; the cello part even quotes “Blow the Man Down.” Every instrument on stage has a moment-- or several-- in the sun, particularly the Concertmaster. William Shaub is doing an amazing job with them. Get ready for time to stand still when there is just a violin and a harp playing, although the spine-tingling moments are many, regardless of who is playing. Rimsky-Korsakov achieves an exotic palette of orchestral colors and an impeccable sense of drama that will bring a smile to your face.

Performances are Thursday, Feb. 15 and Friday, Feb. 16 at 7:30 p.m. at the Tennessee Theatre (doors open at 6:15). Pre-concert chats with guest artist Tanya Gabrielian and Maestro Aram Demirjian begin at 6:30 p.m. Tickets available here or at the door.
Posted by KSO blogger Andy at 11:06 AM No comments:

The KSO Moxley Carmichael Masterworks Series includes eight pairs of concerts, all held at the Tennessee Theatre on Thursday and Friday evenings at 7:30 p.m., six of which are conducted by Music Director Aram Demirjian

Chamber concerts consist of five concerts on Sunday afternoons at 2:30 PM.  Four concerts will occur at the Bijou Theatre and one performance will take place in the Powell Recital Hall in the University of Tennessee’s Natalie L. Haslam Music Center.

Classical Christmas
Nov. 25, 2018
This performance, conducted by James Fellenbaum, will feature some favorite holiday selections. This popular performance sold out the past three years, so patrons should be sure to secure their subscriptions early!

In honor of Leonard Bernstein’s worldwide centennial celebration, the Knoxville Symphony Orchestra (KSO) and the Clarence Brown Theatre (CBT) will collaborate on a full-scale production of Candide, an operetta by Leonard Bernstein based on the satire of Voltaire. This collaboration will be directed by Cal MacLean, CBT Producing Artistic Director and conducted by
Aram Demirjian, KSO Music Director.
Productions will take place at the Clarence Brown Theatre on the University of Tennessee campus from Aug. 29 – Sept. 18. Tickets are on sale now to KSO and CBT season ticketholders as an add-on to their subscriptions; individual tickets go on sale to the public in July 2018. 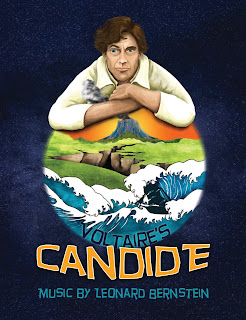 Tickets?
Season subscriptions are on sale now by contacting the KSO box office. Individual tickets, including Candide, will go on sale in summer 2018.

This post authored by the KSO Communications Dept.
Posted by KSO blogger Andy at 12:42 PM No comments:

Strads in the Bijou

A chamber orchestra concert experience like no other awaits those attending Sunday's KSO Chamber Classics concert at the Bijou at 2:30. It's a rare opportunity to hear two Stradivari violins collaborating on works with two soloists, in a wildly diverse program of string orchestra music. I'll talk about the music in a bit, but first, let's talk about the “fiddles...”

It's a well-known fact that Strads are the Rolls-Royce of the violin family. There are Ferraris and Corvettes, too, but the Stradivari mystique is enthralling. “The list” of about 1,000 includes instruments that were lost in plane crashes, several that have been stolen and are still missing after many years, and one that was destroyed in an Allied air raid on Berlin. All of them have names; sobriquets such as Francesca, ex-Wieniawski, Lady Blunt and Vesuvius. For our show, concertmaster William Shaub will be playing on the Solomon, and principal second violinist Edward Pulgar will be manning the ex-Stephens. The two works which feature them them exclusively will be Alfred Schnittke's Moz-art a la Haydn-- which must be seen to be believed, trust me!-- and Bach's transcendent Concerto for Two Violins, the “Bach Double.”

The 1960's don't leap to mind as a fertile time for string quartet composition, but it's hard to imagine a more powerful piece of music PERIOD than the Shostakovich 8th quartet, written in 1962. Its adaptability to larger ensembles such as ours only underscores the directness of its impact. The symbolism behind its content is a legendary, with the famous “knocks at the door” in the 4th movement Largo and the autobiographical code hidden in the opening phrase's note-names: D-S-C-H. I'll try to explain this as succinctly as possible; it is a little contrived unless you are privy to a couple of secrets. “D” is, obviously the note D. “S” is the European name for E-flat (literally “es”), “C” is C, and “H” is the European term for B, to distinguish it from B-flat, which they simply call “B.” Dmitri SCHostakovich, which is how he spelled his name. The notes would be “D- E-flat- C- B,” if you want to try it out on the piano. Got it? You just played the first four notes of the piece.

There will also be music of Jessie Montgomery, her Starburst, and Osvaldo Golijov's memorial to Astor Piazzola, Muertes del Angel (Death of the angel) from The Last Round. Maestro Demirjian has put together a very eclectic concert, with two works-- the Bach and Shostakovich-- that should be on everyone's “must-hear” list. Although written 240 years apart, they will affect your ears and soul in astoundingly similar ways...
Posted by KSO blogger Andy at 12:26 AM No comments: