Getting Around in December

The KSO is all over town(s) this December, with Storytime concerts continuing, and the KSO Chamber Orchestra traveling “over the river and through the woods” to Concerts in the Community in Harrogate and Dandridge. Since winter decided to start abruptly just before Thanksgiving this year, we’ve all gotten a head start on that “folks dressed up like Eskimos” thing.

This week starts off with the KSO Storytime quartet (Rachel Loseke and Ikuko Koizumi, violins; Bill Pierce, viola; Ihsan Kartal, cello) playing concerts at the Knox County Public Library’s Karns branch on Wednesday, Dec. 3 at 11 am. The theme of this year’s Storytimes is “Boom, Fizz, Read!” and features Eric Carle’s Very Quiet Cricket, Phil Cummings and Nina Rycroft’s Boom Bah, (sounds like the opposite of “very quiet”) and Rattletrap Car by Phyllis Root. Geared towards pre-school-age children and their parents, these concerts will be repeated at the Powell, Halls, Norwood, Carter and Cedar Bluff branches through the month of December. Click here to see the complete schedule.

The whole family will enjoy holiday and light classics at the upcoming KSO appearances in Harrogate at Lincoln Memorial University for two shows on Thursday, Dec. 4 at 4:00 and 7:30. Highlights include the Tri-State Community Chorus joining us on works by Rutter and Vivaldi, and KSO principal clarinetist Gary Sperl performing a movement of the Mozart Clarinet Concerto. This concert will be repeated the next evening at the First Baptist Church of Dandridge at 7:00, to my knowledge the KSO’s first ever safari to Dandridge.

Next weekend comes the Nutcracker- stay tuned for more!
Posted by KSO blogger Andy at 9:14 PM No comments:

We Sail the Ocean Blue

Now that the gales of November have come early, and hopefully gone, we can perhaps have some smooth sailing for the upcoming Knoxville Opera Company’s production of Gilbert & Sullivan’s nautical comedy H. M. S. Pinafore, coming up this Friday at 8 and Sunday at 2:30 at the Tennessee Theatre.

Arthur Sullivan serves as one of three English composers of any renown linking the English Baroque of Purcell and Handel (ca. 1700) with late-Romantic bad boys Elgar, Holst, Vaughan Williams, etc. (ca. 1900).  Only the music of William Boyce (1711-1789) and John Field (1782-1837) have had anything resembling staying power on a popularity list, and had you heard of them?  Not that the lot of them otherwise were bad composers, there just hasn’t been much call for them.

Sullivan’s collaborations with dramatist W. S. Gilbert, known as the Savoy Operas for the theatre that would eventually be built to stage them, have had a lasting appeal for their deft mix of silliness and passion.  British and American audiences flocked to see light opera that originated in English, opera that “spoke their language.”  That was my attraction to the music as a child, playing my parents LPs and coming to accept the complex English sentence structure as normal.  Another spin-off from this operetta is this jaw-dropping rewording of I am the Very Model of a Modern Major General by comic singer Tom Lehrer: the entire Table of Elements, as it existed (102 elements) when the song was recorded in 1959.

Included in this production is an aria entitled I Dreamt I Dwelt in Marble Halls from the only known Irish opera, The Bohemian Girl by M. W. Balfe. You may have heard this version by Enya; I used to play it for our children at bedtime.  Our soprano, Donata Cucinotta, will not put you to sleep, I assure you.  Titles of numbers in the operetta are actually text cues from the dialogue. There are some unusual ones, such as Kind Captain, I’ve Important information, Sir Joseph’s Barge is Seen, and But Tell Me Who’s the Youth. Maritime slapstick and witty wordplay are all over this production. If you need a good laugh, you’re gonna get it here.

And I know some of are you are curious, so I'll just tell you, free of charge, that the English pop singer Gilbert O'Sullivan was not born with that name. He changed it thereto in 1967 on the advice of his manager, but he was born Raymond Edward O'Sullivan.
Posted by KSO blogger Andy at 1:36 PM No comments:

This Thursday and Friday nights it’s the supersized KSO in a blockbuster concert with guest soprano Emily Birsan, at 7:30 at the Tennessee Theatre.

Verdi knew how soprani could sound. It is just thrilling to hear his sequence Ah, fors’è lui/Sempre libera  from La traviata from somewhere besides the orchestra pit! So THAT’S how it sounds!? Add to that Puccini’s Oh, mia babbino caro from Gianni Schicchi, Caro nome from Rigoletto, and an orchestral arrangement of Schubert’s “Shepherd on the Rock” courtesy of Karl Reineke, and your dreams of virtuoso soprano singing will come true. Gary Sperl will add a beautiful clarinet obligato to the Schubert, bringing a chamber music classic to a new life on a large stage. Ms. Birsan has a powerful but sweet accuracy to her singing that is breathtaking.

The second half of the program will be a thrilling sonic adventure, the KSO’s first ever performance of Richard Strauss’ final tone poem, “An Alpine Symphony.” Maestro Richman had another Strauss “first” for the KSO with Aus Italien in April of 2004, on the way to a complete cycle of the must-see Strauss tone poems. I am honored to play this work, a once-in-a-lifetime experience for many of the members of the KSO. It features a gi-normous orchestra including a host of brass which the stage can scarcely hold, a wind machine, a heckelphone, tenor tubas, (or “tenah tubers,” as they say in Maine...) AND plenty of cowbells. The script is one hike through the mountains, dawn to dusk. The title “Alpine Symphony” needs not refer exclusively to the Alps– the Smokies, Tetons, Urals, or Andes could easily be called to mind.

This is not the Strauss of the Blue Danube or Die Fledermaus, contemporary with Verdi; that was Johann. Richard Strauss came somewhat later and is unrelated, working around the time of Puccini. A master orchestrator, Richard (pronounced “REE-card”) regales us with musical depictions of waterfalls, pastures, dead-end trails, brambles, and the most intense musical downpour you shall ever experience. While practicing some of these difficult “waterfall” and “cloudburst” passages, I am reminded of what Strauss himself said about them: “when you’re falling down a flight of stairs, you’re bound to miss a couple steps.” If you like brass, you don’t want to miss this, but more importantly, it’s just a FUN piece to play and hear played.

John Muir said it best: “The mountains are calling and I must go.” Come climbing with the KSO!
Posted by KSO blogger Andy at 3:17 AM No comments:

Fun with the Youth Orchestras at the Tennessee Theatre

If it’s the second Monday in November, it must be time for ensembles from the Knoxville Symphony Youth Orchestra Association to play at the Tennessee Theatre! More than 300 talented players ranging from elementary to high school age will light up the stage of the Tennessee at 7:00 Monday night. (TONIGHT!) This concert is FREE.

Erin Archer’s ultra-charming Preludium Orchestra will “Make a Joyful Noise” and play some Vivaldi. Nina Missildine will lead the Philharmonia group through music of Sibelius, Yamada and Sieving. (Hmm, so far the conductors are violists...) The Sinfonia Orchestra, under the baton of KSYOA Manager Kathy Hart, will be playing Khatchaturyan’s Sabre Dance, Mike Forbes’ Dance of the Trolls (which depicts trolls in Mount Horeb, Wisconsin), and Mozart’s Overture to the Impresario, arranged by Frackenpohl. You may remember Frackenpohl from my post entitled “Composers with Funny Names” from last summer.

Dr. Wesley Baldwin’s Youth Chamber Orchestra will back up UT Assistant Professor of Clarinet Victor Chavez, soloist in Johann Melchior Molter’s 4th Clarinet Concerto. They group will also play two movements from Benjamin Britten’s Simple Symphony, which, trust me, ain’t so simple. The final group, the Knoxville Symphony Youth Orchestra, will play Dvorak’s Carnival Overture and the finale from his Symphony From the New World, with James Fellenbaum on the podium.

Speaking of Mount Horeb, Wisconsin, here's something intriguing from there-- a Mustard Museum. 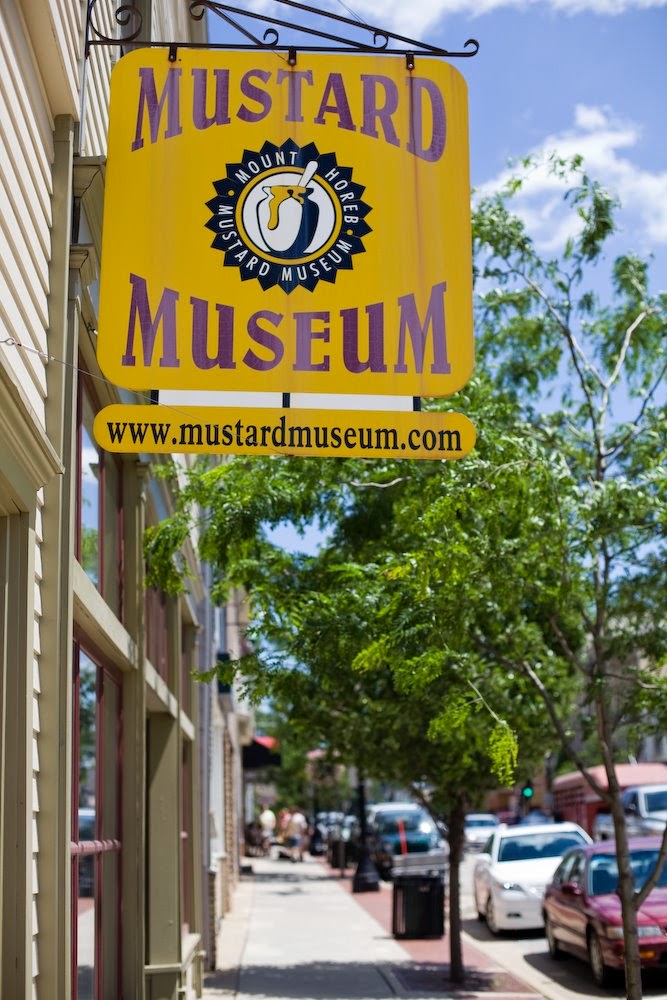 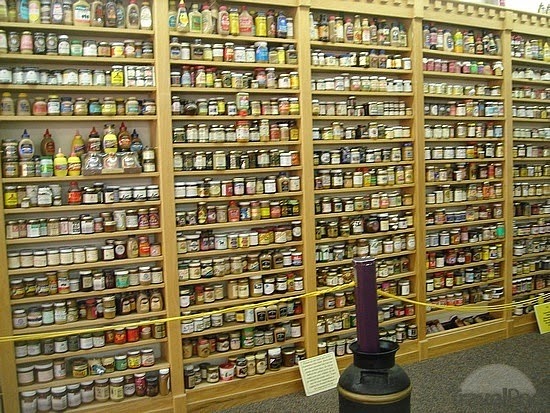 And here are a couple of dedicatees for the Forbes Dance of the Trolls... 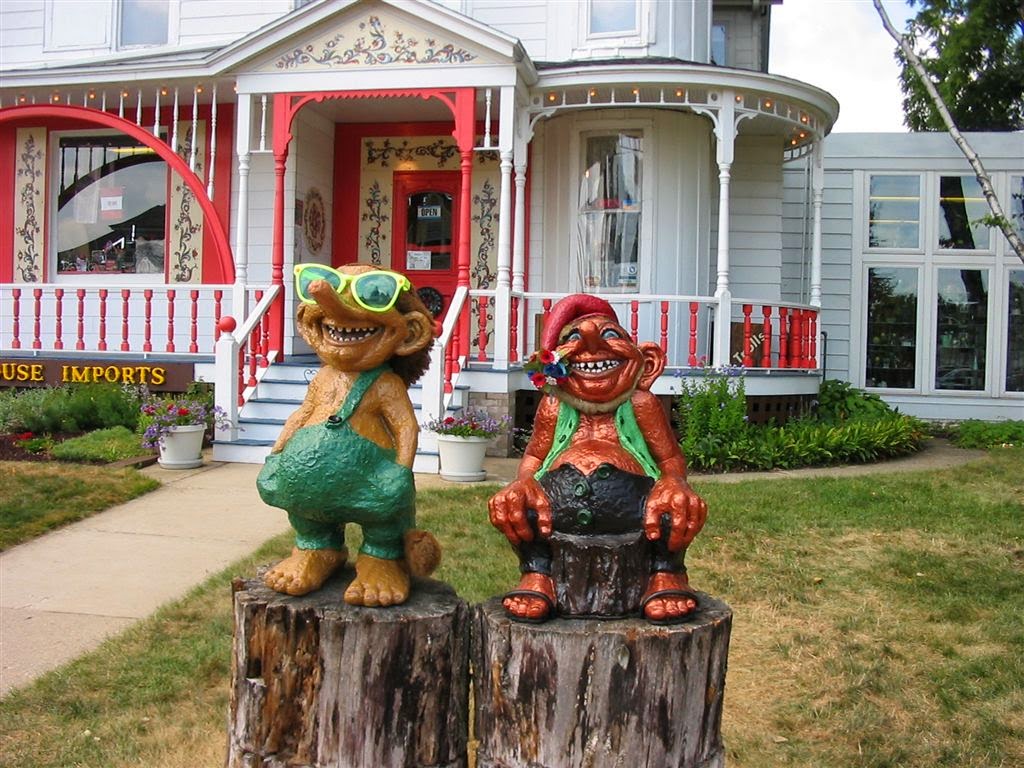 Posted by KSO blogger Andy at 1:35 AM No comments:

The Knoxville Symphony and Knoxville in general have lost a great friend and advocate in violinist Norris Dryer, who passed at age 71 on Thursday morning, October 30, after almost three years battling cancer.

Norris lived through a million changes in the KSO, having joined in 1968, late in David Van Vactor’s tenure.  He saw Arpad Joo, Zoltan Rozsnyai and Kirk Trevor all come and go from the podium, and had begun Maestro Richman’s final season.  His KSO experience was threefold:  as a violinist, a board member, and a management team member. He served as personnel manager and, until about three years ago, as audition proctor, the friendly face that every nervous auditionee saw before and after their audition time slot.

Tchaikovsky and especially Mozart were his favorite composers, but when I asked him if he would be interested in playing his violin during his last weeks, he replied that “the last notes I played on my violin were by Brahms, [the 1st Piano Concerto, which closed out the September, 2014 Masterworks concert], and that’s just fine with me.”

Also starting in 1968, he was an announcer and Program Director for WUOT-FM, and a champion of broadcast classical music, which was and still is facing cuts in both airtime and funding.  He had the privilege of interviewing hundreds of guests on Dialogue, part of his afternoon show, ranging from every guest artist the KSO ever engaged during his tenure, to political figures, to athletes. (He said his 1998 interview of Pat Summitt was a most uplifting experience). His challenging Monday Evening Music Quiz was a popular and fun tradition with Knoxville’s listeners, and his eloquent, distinctive voice and musical selections woke thousands of people up via clock-radio on Saturday and Sunday mornings all across East Tennessee.

Upon retiring from WUOT in 2003, he devoted himself to waking people up in a different way – through politics. He ran for Knoxville City Council as a Green Party member, receiving 4,251 votes, 17% of the total tally. Unafraid of taking on Goliath, he ran for the Tennessee House of Representatives in 2012 against Representative John Duncan, receiving 5,733 votes, and is actually on the ballot for that same post in this year’s elections. Involvement with the Green Party, with campus organizations such as UCW-CWA (a union for college employees), and with the Progressive Student Alliance garnered him many trusted  friends. Some of these friends joined the team of KSO members, WUOT staffers and other friends that comforted and cared for him in his last days.

This is all well and good, to speak of what he did. But he must also be remembered for what he was: a steadfast advocate for classical music with an openness to appreciation of all musics; a gentle, caring soul with a firm belief in good old-fashioned courtesy and a crisp sense of humor you could count on; a walking encyclopedia of knowledge about not just baseball, (as has been publicized) but also college basketball and college football; a humble, gracious listener with a knack for knowing exactly what to say and what not to say, and a friend – Knoxville’s, the KSO’s, and my own best friend.

Who will wake us up now? 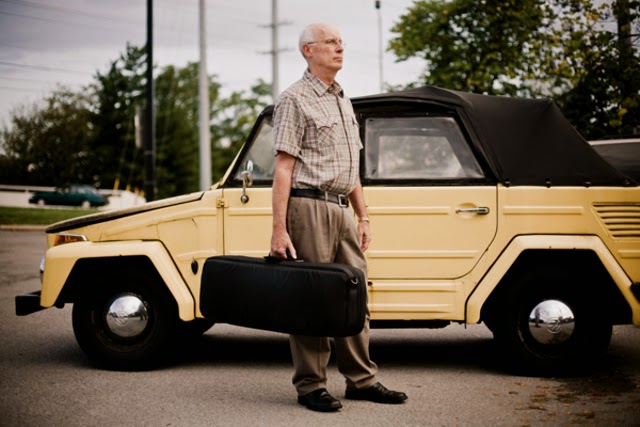