The Knoxville Symphony Orchestra and the Clarence Brown Theatre celebrate the 100th anniversary of Leonard Bernstein's birth with a production of his Broadway smash Candide.

Featuring hit songs "Glitter and Be Gay" and "Make Our Garden Grow," Candide is a modern theatrical setting of Voltaire's timeless satire.

Tickets are available now EXCLUSIVELY to KSO and CBT subscribers at a special discounted rate. Call the KSO box office at 865-291-3310 for more information. 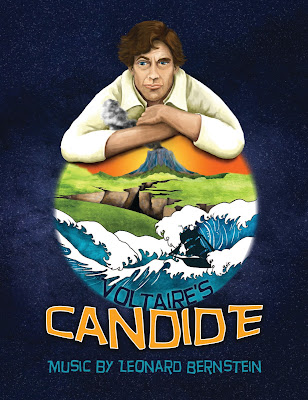 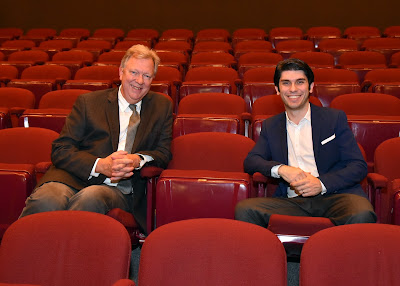 About Candide
In Bernstein’s musical derived from Voltaire, a young man wanders “the best of all possible worlds” only to find war, destruction and loss.  Separated from his beloved, Candide’s hard-won survival ends in a joyous reconciliation.
While a number of derivative works came from Voltaire’s satirical novella released in France in 1759, Leonard Bernstein revamped the musical Candide several times after its London premiere in 1956.  When Bernstein’s “final approved” version of this comedic, poignant story reappeared on Broadway in 1989 with a full score, a revival was born. This version continues to be revived and performed in opera and professional theaters and is the score and libretto the KSO/CBT will perform in 2018, known as “the Scottish Opera version.”

“Leonard Bernstein at 100” Centennial Year Celebration
2018 is the Centennial year for Leonard Bernstein, who was born in 1918, honoring his 100th birthday with more than 1,000 events taking place on six continents.  Orchestras, museums, ballets, and arts organizations around the world are celebrating and performing his works during the calendar year in celebration of his contribution as a composer, conductor, educator, activist, cultural ambassador, and humanitarian. Bernstein’s mark on the world of the arts in the past century will last for generations to come.

The mission of The Roy Cockrum Foundation is to award grants to support world-class performing arts projects in not-for-profit professional theaters throughout the United States. The foundation’s intent is to support the vision of particular artists and to expand the capacity of theaters to realize the scope of that vision.
Other grant recipients of The Roy Cockrum Foundation include such prestigious theaters as Chicago’s Steppenwolf Theatre Company, The Goodman Theatre, Washington DC's Woolly Mammoth Theatre Company and The Acting Company of New York.