Traffic isn't a thing someone usually wants to see on their way to work.  But walking up the hill behind the Tennessee Theatre last week on the way to the opening KSO Masterworks concert, I was very pleased to see a long line of cars behind the theatre on State Street.  Music Director Aram Demirjian's debut caused a stir, and the traffic didn't lie: a much bigger house than usual saw Rachmaninoff and Tchaikovsky come to life on opening night. This bodes well for the “Aram Era” here in Knoxville!  With all due respect and sympathy to the folks PATIENTLY waiting at the stop sign, I hope to encounter more such traffic at future Thursday and Friday night shows.

Chamber music is the next focus, with a Q Series concert happening tomorrow, Wednesday the 21st.  Reserve a seat (and a lunch!) for “opening noon” at the Square Room on Market Square!  The Principal Woodwind Quintet will present Gabriel Fauré's Dolly Suite and Alexander Zemlinsky's Humoresque.  Fauré didn't customarily give programmatic titles to individual movements, but here are six vignettes inspired by Hélène Bardac, aka Dolly, the young daughter of his mistress.  (Sorry to disappoint those who thought it might be a dedicated to a certain Sevier County native).  The movements are Berceuse, Mi-a-ou, Le jardin de Dolly, Kitty-valse, Tendresse, and Le pas espagnol.  A couple of the movements' titles are cryptic, leading us to believe that the movements are about cats.  The truth is that Mi-a-ou serves to immortalize how toddler Dolly was (mis)pronouncing her older brother Raoul's name, and Kitty-valse is actually a musical portrait of the family dog, which for reasons unbeknownst was named “Ketty.”


The Principal String Quartet (minus one) will open the show with Beethoven's early String Trio in G Major, op. 9, no. 1.  Here is a rare chance to hear one of Beethoven's early forays into the string chamber music territory.  (He wrote all five of his string trios before he published any string quartets).  Why the minus one?  Associate Concertmaster Gordon Tsai has been given the afternoon off for a very beautiful reason; he and Meghan Ware are, as of September 14, the proud parents of Olivia Ellen Tsai!  All are doing well. 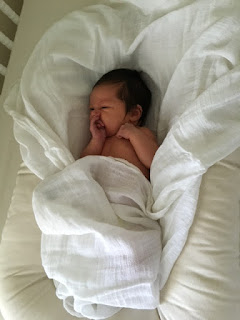