It's time to put the finishing touches on the music for Thursday and Friday night's KSO Masterworks concerts at the Tennessee Theatre, at 7:30. “A Tour of Europe” could be a name for the musical journey on which guest maestro Marcelo Lehninger will be taking all of us. There will be stops in Leningrad, Capri, Bucharest, and Rome. All in all, this will be a vivid and vivacious KSO concert to launch our Music Director candidate search.

The show is so jam-packed with content that we will be opening it with a piece which is almost always programmed as a concert's finale. Shostakovich was merely 19 when he wrote his first symphony in 1924-25, but the work is a concise, punchy masterpiece; Dmitri at his cutest. In an unusual twist, there is a very prominent piano part, recalling Stravinsky's Petrouchka ballet from a decade earlier. The writing for solo wind instruments is astoundingly adept, and many of the solos are found on repertoire lists for orchestra auditions.

Continuing on to Romania (via France), concertmaster Gabe Lefkowitz will then solo in Ravel's Tzigane, yet another in Gabe's seemingly bottomless bin of solo works. (Tzigane is pronounced to sort of rhyme with the Southern pronunciation of the word “pecan,” and is translated as the adjective “gypsy”). There are no actual roma melodies in the score, rather, the title refers to the general exoticism and virtuosity of the romani musical style.

After a brief intermission, during which Gabe will be handing out autographed tennis balls, (JUST KIDDING!) our journey continues to the Mediterranean Sea. There will be stops in Capri and Andalusia, which will be “seen” filtered through the aqua-colored glasses of Claude Debussy. These two piano Preludes, (La puerto del vino and Les collines d'Anacapri) were orchestrated by Colin Matthews just 9 years ago. Written in 1910, (the only works on the concert not written in 1924), they are prime examples of Debussy's iconic Impressionism.


The concert closes with Respighi's Pines of Rome, four short vignettes which are long on picturesque orchestral colors. I tried to find pictures of the locations depicted by the titles of each of the works, to give you a feel for what to expect, but found that any more, most of the trees there are not pines! Plus it was impossible to find a picture of children playing in the Villa Borghese; it seems they no longer allow kids in there! So hopefully I have visually captured the general mood of each of the movements. The outer movements of this piece promise some of the loudest playing I have ever heard from an orchestra.

I. The Pines of the Villa Borghese 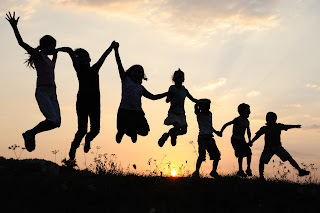 II. Pines Near a Catacomb 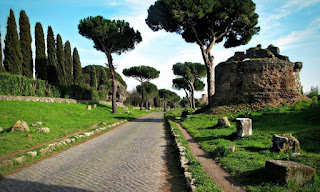 III. The Pines at Gianicolo 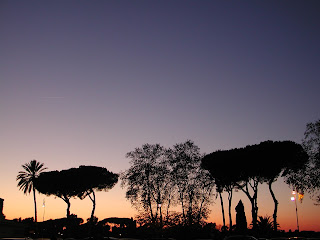 IV. The Pines of the Appian Way 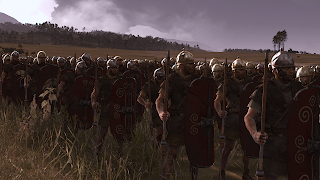