Goodbyes and a Hello

The comings and goings of orchestra personnel sometimes proceed at a dizzying pace, as happened three or four years ago with several violin and woodwind positions turning over. I haven't gotten dizzy yet, but I hate to see anyone go. Violinist Ani Bermudez and her husband, violist Louis Diez are moving to the Washington, DC area, where Louis has accepted an Assistant Director of Development position at Johns Hopkins School of Advanced International Studies.  We are sure their buoyant personalities will be a huge hit in their new town, and that their toddler, Thomas will prove to be a fine social asset as well. BEST WISHES, GUYS!!!! 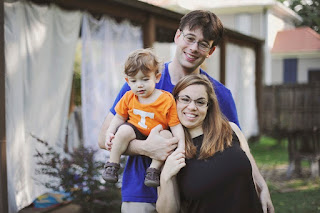 Best as we know, violist Nina Missildine isn't going anywhere per se, but on August 8, she and her husband Matt Mikos welcomed their second child, Henri Arthur Mikos into the world!  Nina has a golden touch with the kids in her KSO Youth Orchestra ensemble and in the Maryville Public Schools, and as a violist, she is everything you could want.  Look, Henri even has a violist's left hand! Congratulations!!! 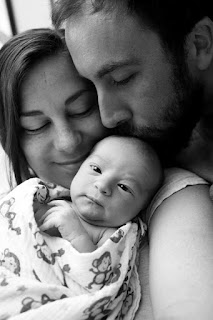 Our second trumpeter, DJ Creech, added a lot to our sound, if only for a brief spell. Presently he is off to Japan, to participate in the renowned Hyogo Performing Arts Center Orchestra. Hyogo is one of just a handful of orchestras worldwide that have tenure and age limits; I hesitate to use the term "training orchestra" because it makes it sound like it's "minor league," but no one would call the Chicago Civic Orchestra or the New World Symphony in Miami minor league, either. Best wishes to you, mate! 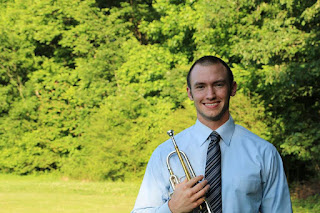 For many years, I would come into a rehearsal or concert, take my seat and listen for the "A" that we orchestra musicians tune to.  Almost without exception, that "A" would be played by Phyllis Secrist. I knew Phyllis before I came to Knoxville; we had played in the Spoleto Festival of Two Worlds in 1985. Her teaching studio at UT has been the center of Knoxville's oboe realm since 1981, and her students regularly play with the KSO, and continue to advance in the classical world.  Phyllis, her husband, Joe Grubb, and their lovely daughter Rachel have all contributed their talents with the orchestra.  Well, after playing Principal Oboe for over 40 seasons, Phyllis has decided to retire from the orchestra.  Her many years of beautiful leadership will be recognized at this Thursday and Friday's Masterworks concerts. 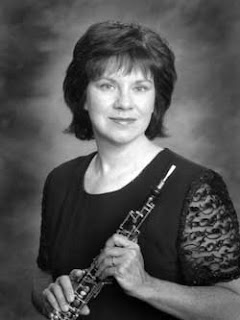