This week's collaboration at the Tennessee Theatre with the Knoxville Opera Company on Gilbert & Sullivan's The Pirates of Penzance brings us some well-needed silliness.  On the heels of the success of 2014's production of H.M.S. Pinafore, a “British Invasion” of an entirely other sort will “capture” the fancy of young and old alike.  Featured will be UT voice faculty member, bass-baritone Andrew Wentzel, who for 20 years now has been singing the National Anthem at UT football games.  He will be performing INDOORS this weekend...

I remember listening to Gilbert and Sullivan growing up, on LPs on our Sears SILVERTONE record player.  We didn't have room in the living room for one of those console or credenza stereo, but we did have the lovely, “portable” desktop machine pictured below.  It was strictly forbidden to put records on the little shelf on the right side.  Every once in a while, the lid would come down like a guillotine and slice that sucker in half like it was a graham cracker. 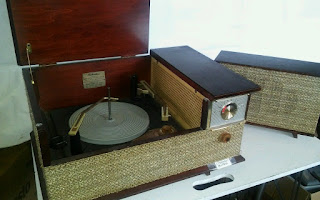 At first I was fascinated with the machinery, but by the time I was 6 or so, I started to become intrigued by the music itself.  I was taken by the verbal agility.  I understood what they were saying, but why were they saying it that way?!  I was left with the impression that, wow, England must be an awfully cheerful place if even the pirates were this happy!


Just as Wagner's name is intimately associated with the opera house in Bayreuth, Gilbert and Sullivan's heyday came to be because of a tight coalition of the composers (actually the music is by Arthur Sullivan and the libretto by W. S. Gilbert), the venue (the Savoy Theatre, thanks to which, their body of work has come to be known as the Savoy Operas), and the opera company (the D'Oyly Carte Opera Company).  I just wanted to make sure, so I looked it up-- it's pronounced DOILY Cart. 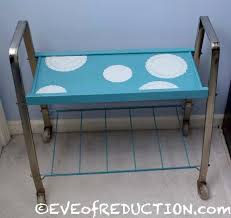 A cart full of Doilies 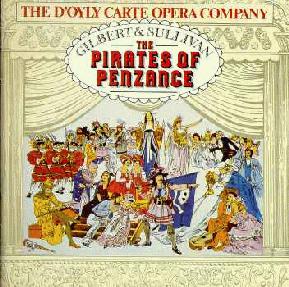 Anyway, my lame attempt at humor here can't hold a candle to the level of hijinks that will be achieved at the shows, this Friday at 7:30 and Sunday at 2:30. See you there!!
Posted by KSO blogger Andy at 2:33 AM