If It's April, It Must Be Rossini.


It’s that time again! The Knoxville Opera Company’s Rossini Festival has arrived and is scheduled for this Saturday, tucked between Friday night and Sunday matinee performances of Rossini’s own La Cenerentola (Cinderella). While the Festival has traditionally occupied several acres of downtown, an expansion this year will increase its reach to Church Street, Wall Ave. and Clinch Ave., as well as a new jazz stage in the Krutch Park extension. As we have come to expect, there will be scores of artisan vendors, food booths, wine tastings, Kidszone, and of course, championship people-watching. Here is a link to the schedule of performers.

KOC’s production of La Cenerentola will feature return engagements by mezzo Leah Wool and baritone Andrew Garland, who were seen in Rossini’s Barber of Seville production here of a few years ago. Rossini’s score competes with that of Strauss’ Die Fledermaus (which was produced this past October) for the title of "bubbliest opera music."

The particulars of this year’s Festival are: 8:00 Friday and 2:30 Sunday downbeats for Cenerentola, and 11:00 a.m. to 9:00 p.m. for the street fair. There is no admission charge for the street fair.
Posted by KSO blogger Andy at 12:42 AM No comments:


A major mystery was solved yesterday, as a perennially exuberant fan from Tazewell, Virginia was identified at our Southwest Virginia Community College’s “No Limits” Festival of the Arts performance. His booming baritone “YEEAAAAAHHHHHH!” at the end of every piece– and sometimes before the end– was absent from last year’s show; we really missed being regaled so and were concerned for his well-being. But yesterday he was back, stronger than ever. I happened to see him clapping his hands, it was easy to spot him because his applause has the same larger-than-life gusto that his voice does. To give you some reference, his voice sounds (to me, anyway) like Phil Williams, of Knoxville talk radio fame.

So I arranged to meet him after the concert, Jennifer Barnett having neatly discovered that his name was Bob. I must admit, I was expecting some huge guy wearing overhauls and maybe a John Deere cap, but what he wore would have also been appropriate at the races at Saratoga, and he was in very good shape for what I would place at about 78 years old. His wife Nona was with him. His name is Bob Nassif, and he moved to Richlands, VA from Brooklyn as in child in 1939. He’s of Lebanese descent, and made his fortune in Richlands as a clothier back in the 50s and 60s, but what he told me next just absolutely made me do a face-palm. He talked of ancestors who had the last name Rizk who lived in the town of Southington, Conn. Ladies and gentlemen, that happens to be my hometown! Although I moved from there when I was two and didn’t get to meet all the neighbors. ) :

Mr. Nassif had a very compelling explanation for his robust ovations and vocalizing. He stated that “when something hits me [makes an impression on him], I hit back.” The concert featured student soloists from SWCC’s music department, and each one of them was lauded generously-- by name. It’s endearing to know that the effect our music has on some people spawns more than applause. Hardly a rehearsal goes by when we aren’t tempted to give a Bob-style cheer after running through a difficult passage.


I am so glad that winter has unclenched its fist and I could spend some time in the garden. I guess I’ve grown accustomed to local standards of cold weather, but even as a northerner, I thought it was a long winter. I was beginning to think that spring could not start until we played the Rite of Spring in May!

The focus this week is on Verdi’s Requiem, coming this Thursday and Friday nights to a theatre near you! (Tennessee Theatre, 7:30 p.m. Not merely one of the great Requiems (Mozart, Brahms, Fauré), but it is great Verdi also. To wit:


Verdi’s most cherished operas earn their affection through Verdi’s skill as a dramaturg. The Dies irae hits you like a ton of bricks and then keeps showing up again in the darnedest places later on in the work. This is music you have heard in Django Unchained, Harry Potter, and IMDb-only-knows how many other movies.

I can’t say enough about the Verdi. This is healing music that was written in memory of Verdi’s friend, poet and author Alessandro Manzoni. It was premiered on the first anniversary of Manzoni’s death and still is known in some circles as the “Manzoni Requiem.” I also can’t say enough about the power of triumphant music such as the Verdi to cleanse the spirit and transport the heart, when the heart needs transporting the most. It is a lengthy work (about 85 minutes or so) which ends peacefully, but then, marathons are long, too. And should end peacefully.

“Bullies, oppressors and all men who do violence to the rights of others are guilty not only of their own crimes, but also of the corruption they bring into the hearts of their victims.”

Alessandro Manzoni, The Betrothed
Posted by KSO blogger Andy at 1:48 AM No comments:

Pieces (and Parts) of April


With the Doc Severinsen “Italian Style” Pops concert last night, we have passed into the Italian portion of our season, with Verdi’s Requiem and Rossini’s La Cenerentola (Cinderella) taking up most of the rest of the month. There was and will be great voices. Joseph Wolverton starred in the Pops, singing Vesti lo giubba from Pagliaci, Nessun dorma from Turandot, La strada del Bosco, (Doc translated it as "Standing over my chocolate milk)" and many other favorites. The powerful Verdi and the hilarious Rossini (which will be done in English as the capstone of this year’s Rossini Festival) strike a nice yin-yang mood balance. 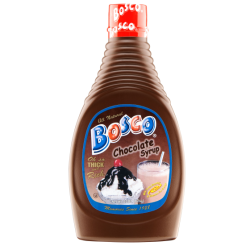 The parts from which we read can be a written history of performances of the piece. Rental music goes everywhere, and for some of the more obscure works, the path a piece of music takes might make an intriguing study. The covers of the books for big-name artists are signed by many, many players, despite cruel measures threatened by publishers for “defacing” the music.

In practice, though, sometimes the part is just no help. I don’t know which work the next picture came from, but this spot is obviously subject to various interpretations. Which interpretation is anyone’s guess at the first rehearsal. 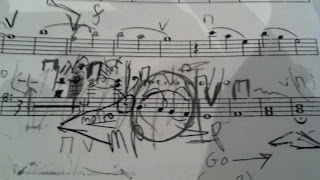 And sometimes there’s just too much help... 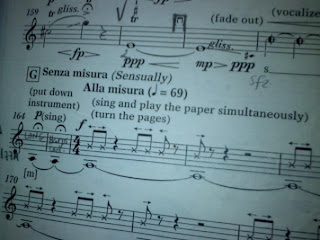 Posted by KSO blogger Andy at 2:43 AM No comments:


I don’t usually do it this way, but I am reporting about a concert that has already happened. A concert as momentous as Sunday’s requires a lot of preparation, and I am not always able to just whip off a blog post the way I sometimes am. The Knoxville Marathon was Sunday, and we were warned that parking might be a problem because runners would still be finishing up on Gay Street, where our patrons and we would be arriving for the Chamber Classics concert at 2:30. It was ironic then, that after the concert I would end up feeling like I had just run a marathon- a chamber music marathon. Chamber music playing, especially quartet playing, is more like performing opera than anything else I do, except for maybe solo recital and concerto playing. Individual parts for all of the works we played on Sunday more resemble an opera role. You study the role, put it together with the other “roles” that fellow quartet players are learning, then put the roles together to create a “mini-opera without words.” This was most especially true for the Beethoven and Debussy quartets, but Lucas’ pieces and the Borodin quartet also had no small amount of character realization that had to be done.

As postscript to the Bijou concert, the Principal Quartet played at the Lucas Richman Society’s annual dinner for donors at Fleming’s Steak House in Turkey Creek. Core violinist Sara Matayoshi was the strolling violinist during dinner, and the quartet played a small segment during dessert, that was interlaced with videos from Maestro Richman’s files. We all learned a lot last night; for one, that Lucas appeared in a Jerry Lewis film entitled Smorgasbord, in an “orchestra crowd scene” that featured Mr. Lewis as a conductor (in this case in front of the LA Youth Orchestra) and Lucas as a second violinist. Another clip showed Lucas as a contestant on (are you sitting down?) Wheel of Fortune. He allowed that although he didn’t win, he did come away with $250 worth of appliances from Service Merchandise! We performed the Scherzo from the Borodin quartet (which we had played earlier) and a work by Lucas entitled Gerhardt Variations, part of the score for a film entitled Four Faces which his dad, actor Peter Mark Richman, created but never released. We viewed a passage from the film and found it to be very powerful; if you know the elder Richman’s work on The Twilight Zone, The FBI, or one of a slew of shows he had roles in, then you know what I’m talking about. As a child, Lucas would go to see his dad at work at the studios. Since Peter Mark was often portraying a bad guy, Lucas stated that as a child he “saw his dad get killed a lot.”

It came as somewhat of a surprise to me to learn that concerts are being rebroadcast on WUOT-FM about a month after their live dates. Here is schedule for the remainder of the season, but I want to insist that, indeed, live music is best.


As well as the fiery Beethoven op. 95 quartet and the two Movements by Lucas Richman, two very essential quartets by Debussy and Borodin will be performed this coming Sunday. Although all of these quartets save for the Richman were written in the 19th century, they could not be more different in their individual styles.

The  Juilliard Quartet’s 1971 LP of the Debussy and Ravel string quartets was the only recording of the Debussy available at my local library when I was growing up. I literally wore out the Ravel side of the record. I was fascinated by the string quartet sound, the cool French harmonies, and the machine-like precision of the fast pizzicati. I have since found a copy of the disc in a Goodwill store somewhere, and now I am wearing out the Debussy side of it big time. 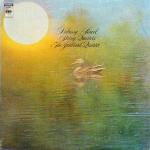 Debussy heard Indonesian Gamelan music for the first time at the World Exposition of Paris in 1889. (You are perhaps hearing Gamelan music for the first time here). The Gamelan’s percussive, layered and improvisatory nature is captured in the second movement, Assez vif et bien rhythmé. You can see from the video that a Gamelan is comprised of upwards of 25 members, so reformatting the sound down for four string quartet members is a neat trick. Debussy opened some new doors and set some new land speed records by calling for string players to pluck (pizzicato) extremely fast. Ravel also seemed inspired by the Gamelan in the second movement of his String Quartet ten years later. Indeed, the entire Ravel quartet seems to mirror Debussy’s in layout, pacing and mood. Other influences on Debussy’s music are Franck and Borodin. And wine.

Borodin’s String Quartet No. 2, from 1881, is a beloved work, and one melody from its sublime, third-movement Nocturne was commandeered by Robert Wright and George Forrest, re-emerging as And This Is My Beloved from the 1953 musical Kismet. (The second theme of the second movement is used in that show as the basis for the song Baubles, Bangles and Beads). What influenced Debussy in his quartet was undoubtedly the wavy accompanimental figures that pervade the faster movements of the Borodin.

Posted by KSO blogger Andy at 11:32 AM No comments: