Sunny with a Chance of Scotch and Strings

Although normally (so far) accompanied by howling winds and ice-slick sidewalks, this year's Scotch & Strings performance at Boyd's Jig & Reel in the Old City should be unimpeded by meteorological issues. S&S promises a tasteful and tasty cross-section of the scotch realm with the KSO's Principal String Quartet providing a handsome selection of drinking music for your Sunday evening.

Last year's installment of S&S included an arrangement of a tune by glam-rock forefather David Bowie, who had recently passed. Who knew so early in the year that a horrifyingly large number of pop/rock musicians would ultimately be claimed by year's end? In addition to Bowie Prince, George Michael, Merle Haggard, Keith Emerson AND Greg Lake from ELP and Leonard Cohen plus about 20 more MAJOR forces from all reaches of the rock world would be gone. As if to add insult to injury, New Year's Eve saw the passing of William Christopher, aka “Father Mulcahy” on MASH. I have taken it upon myself to arrange tunes by three such artists for tomorrow night's performance (ELP, Leon Russell and Dan Hicks), songs that work so well for string quartet even without lyrics that I couldn't pass up the chance and challenge.

There will also be music of Mozart, Holst, Journey, The Charlie Daniels Band, and more, while the Jig & Reel will provide heavy hors d'oeuvres and a steady stream of scotch starting at 5:00. I know, that's when Bar Rescue is airing on SPIKE, but just this once, I suggest TiVo-ing that and coming on down to the Old City. Remember Humphrey Bogart's last words; “I should never have switched from Scotch to Martinis...”
Posted by KSO blogger Andy at 1:12 PM No comments:

BRILLIANT FIREBIRD, AND A PAGE TURNING

The KSO's Masterworks series rolls on this week with a feisty Glinka overture, Beethoven's first piano concerto, a dance suite by groundbreaking composer Florence Price, and Stravinsky's vivid Firebird Suite. Guest maestra Mei-Ann Chen will direct, accompanying piano soloist Lise de la Salle in the Beethoven. It will be one of the last chances to catch Concertmaster Gabe Lefkowitz on the Masterworks stage, as he soon concludes his tenure with the KSO this spring, before he devotes his energy to his Concertmasterly duties solely with the Louisville Orchestra.

Ms Chen's energy on the podium is abundant, and she had some great analogies to make the orchestra go beyond the notes and play the music. She recently concluded her tenure as Music Director of the Memphis Symphony and currently leads the Chicago Sinfonietta, in addition to guest appearances worldwide. She is also a champion of the music of Florence Price, whose Dances in the Canebrakes we are performing this Thursday and Friday.

Florence Price was an early 20th-century African-American composer who was born in Arkansas and educated in Boston at the New England Conservatory, and in Chicago, where she studied composition with Leo Sowerby, among others. Her music may remind you of that of William Grant Still, whose African-American Symphony was performed on the Tennessee Theatre stage in November. That is not merely a coincidence, as both he and Ms Price both grew up in Little Rock, Arkansas, and Dances in the Canebrakes was orchestrated by Still from Price's piano suite. It has an easy-going, Southern manner, and frankly, I can't get it out of my head right now.

That would be a good way to describe the effects that the rest of the program should have as well. Glinka's classic Overture to Russlan and Ludmilla is the epitome of punchiness, with its great tunes and breakneck pace. Beethoven's Piano Concerto No. 1 probably holds that tune in your head you've been trying to identify for the last two weeks. The Firebird Suite is one of the “Big 3” Stravinsky ballet scores; be ready for THE most startling fortissimo wake-up chord in history, which starts Kashchei's Dance after the lush Rondes des princesses has pacified you.

We knew the day would come, when our esteemed concertmaster would attain to and achieve higher ground, and that day has arrived, as you have read recently. In August, Gabe Lefkowitz was selected to be concertmaster for the Louisville Orchestra, after holding that position with us here in Knoxville since 2010. This season he has been splitting his time with both groups; how is that even possible?!

The Gabe Lefkowitz and Friends Concertmaster Series brought a needed new chamber music twist to the KSO's programming, with a humble beginning at Remedy Coffee in the Old City, and graduating to its current home at the Knoxville Museum of Art. I always asked myself, how on earth did he learn so much music so well at such an early age? Add to that performances of concertos by Mozart, Korngold, and (next month!) Brahms, carry the Paganini, and that equals a large sum of music. It was not merely “chops and charts,” however, that won everyone over. Gabe is well-read in music and out of it, and leads an active, robust lifestyle that most men his age just wish for. Tumbling, tennis and triathlon are just the “leisure-time” activities of his that start with a “T.” None of this would matter, though, if he wasn't a thoroughly nice guy with a huge heart, and that's the part about him that I will miss the most.
Posted by KSO blogger Andy at 3:11 AM No comments:

The KSO Seeks its Next Concertmaster – Two Auditions this Spring!

With the departure of KSO Concertmaster Gabriel Lefkowitz at the end of the current season, the Knoxville Symphony Orchestra is now in the process of searching for a new Concertmaster. Much like the search several years ago, two finalists will be invited to perform as a guest concertmaster on a Moxley Carmichael Masterworks program with the Orchestra in March and April 2017 led by Music Director Aram Demirjian, as well as present a solo recital with piano accompaniment.

Each recital will be held at 8:00 p.m. at the Clayton Performing Arts Center on the main campus of Pellissippi State Community College located off Hardin Valley Road. A map of the campus and parking areas can be found below. Recitals will take place on the following dates:

Recitals will last approximately one hour and include a question-and-answer session, allowing patrons to get to know our finalists. These recitals are free to attend, and no tickets are required. Mark your calendars for the following concerts at the Tennessee Theatre where the finalists will perform as guest concertmasters: 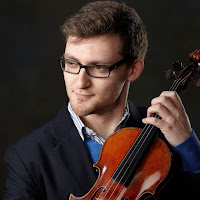 Born in 1992 in Canton, Ohio, William Shaub was a recipient of the Louis Persinger Scholarship as a student at the Juilliard School, where he studied with Cho-Liang Lin and Masao Kawasaki and received the bachelor's and master's degrees in five years. Shaub performed his concerto debut with the Canton Symphony Orchestra at age 12 and has since performed as a soloist and in recitals throughout the United States. He made his recital debut in New York as one of ten "Exceptional Young Artists" at the Starling-DeLay Symposium at Juilliard and he is the winner of an inaugural Zarin Mehta Fellowship with the New York Philharmonic Global Academy.  Shaub has served as concertmaster of the Spoleto Festival USA Orchestra, the Music Academy of the West Festival Orchestra, the Juilliard Orchestra, and Rice University’s Shepherd School Symphony Orchestra. During his time at Juilliard, he led the conductorless Juilliard Chamber Orchestra at Lincoln Center’s Alice Tully Hall. He performs on a violin made by Jean-Baptiste Vuillaume, from 1865. 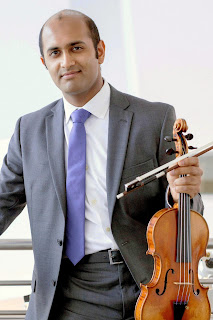 Vivek Jayaraman (Vi-VAKE Ja-yah-RAH-mahn) is currently Concertmaster of the Canton Symphony Orchestra and a member of the Florida Orchestra in St. Petersburg, FL. As a Concertmaster, Vivek has performed regularly with the New World Symphony under the baton of Michael Tilson Thomas, the Verbier Festival Chamber Orchestra in Switzerland, and the Shreveport Symphony. He recently completed an Artist Diploma in Concertmaster Studies at the Cleveland Institute of Music studying with Cleveland Orchestra Concertmaster, William Preucil. Additionally, Vivek has performed as a section musician with The Cleveland Orchestra, the Detroit Symphony Orchestra and the New York Philharmonic.  In addition to his studies at the Cleveland Institute, Vivek received a Bachelor’s degree from the Eastman School of Music studying with Charles Castleman and a Master’s degree in Orchestral Performance from Manhattan School of Music where he studied with Glenn Dicterow, former concertmaster of the New York Philharmonic. Vivek plays a modern violin built in 2005 by Roger Graham Hargrave on generous loan from a dear friend. 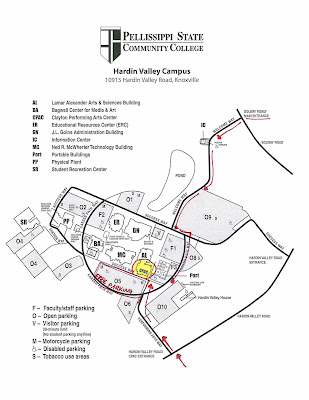 authored by the KSO Communications Dept.

Posted by KSO blogger Andy at 1:41 PM No comments:

This weekend, the KSO will collaborating with the Knoxville Opera Company to produce Puccini's La Bohème, on Friday night and Sunday afternoon. This staple of the opera literature, written in 1896, hovers in the top three of the most frequently performed operas worldwide, and for good reason. It is the Puccini opus previous to his Tosca, which the KOC and KSO performed “progressive-dinner” style last spring. Puccini foreshadowed themes for Bohème in his embryonic Capriccio Sinfonico, performed on the October, 2016 Masterworks pairs. If you attended that concert, the themes should sound wicked familiar to you.

As a reaction to the rash of historical operas that dominated Italian opera in the late 19th and early 20th century, a new style of work called verismo opera became popular, seeking to capitalize on the popularity of the Scapigliatura or “disheveled” Italian poetry movement of the 1860s, and incorporating “slice-of-life” elements found in the writings of Zola, Maupassant and Ibsen. Other composers such as Giordano, Leoncavallo and Mascagni carried the torch of the verismo phenomenon, but Bohème put verismo- and Puccini- on the map to stay.

I have a long history with Bohème. In the crowd scene in Act II, there's a singing part for an extremely young child, the task of which fell to our son Richard in the KOC's February, 2003, production at age 7. So every time we get to rehearsal number 13 in Act II, I get this nervous feeling in my stomach as I recall the anxiety that came with the huge buildup to this spotlit moment, regardless of who is singing it.

Anyway, there shouldn't be any anxiety on the listener's part, as Puccini's score is chock-full of achingly beautiful phrases and grandly boisterous scenes, and the tragic ending doesn't mar the effect of some truly comical moments. Come on down to the Tennessee Theatre Friday at 7:30 or Sunday at 2:30 for a whirlwind trip to Paris!
Posted by KSO blogger Andy at 11:26 AM 1 comment: