The Knoxville Symphony’s Pilot Independence Day concert is rapidly approaching. The repertoire is power-packed and symbolic, with special guests and choir. Of course one of the best features of this concert is the crowd– it’s an amazing event for people-watching. While the first annual 4th of July concert some 28 years ago may not have celebrated the 2nd anniversary of Knoxville's 1982 World's fair, this show will tip its cap to the 30th anniversary of the Fair. Here are some of the main points.

Verdi’s Triumphal March from Aida promises to give the brass a workout. I am not sure whether there will be elephants, giraffes, etc. at our show, but I have a story that is germane to this music. We were playing Aida, back in 1998 (?) under KOC’s conductor Robert Lyall in the Civic Coliseum, a real bathtub of a place to play, but at least we could see the big screen. We had just completed the March in a rehearsal and there was a break in the action. The Operatitles had advanced to the next scene’s text, which was something like, “Oh savior of our nation, we welcome you!!” The big screen camera operator, however, had turned his focus to the spazzini, or the guys sweeping up animal poop!

Energy Express by Scott Evans will perk up the ears of those “of an age” who would remember it as the theme song to the Knoxville World’s Fair. This link has a photo montage full of priceless memories of the way our town looked 30 years ago this summer. The music also bears a strong resemblance to Help Me Rhonda.

On the second half, a suite of songs from the film Friendly Persuasion by Dimitri Tiomkin finds an interesting relevance in that maestro Richman’s father, Peter Mark Richman, starred in this 1956 film. It will also feature vocalists Natalee Louise McReynolds and Alex Temple Ward, who will be soloists in the upcoming Sweeney Todd collaboration this fall. Mr. Ward will also sing the Pledge of Allegiance, and Ms McReynolds America the Beautiful. The concert will also include marches, Civil War songs, and of course, Tchaikovsky’s 1812 Overture.

Posted by KSO blogger Andy at 7:41 PM No comments:


This should be the last dose of time-release postings about the KSO's 2012-13 season.

Opera offerings for next season are substantial. They kick off with the October 26th and 28th production of Die Fledermaus by Johann Strauss, just in time for Halloween. On February 8th and 10th, we will travel to the wild west by way of Italy with Puccini’s Fanciulla del West, aka The Girl of the Golden West, just in time for Valentine’s Day. This is one of the lesser known Puccini operas, but I am proud to say that I have played it. I am somewhat shocked to say, however, that it has been TWENTY-SEVEN YEARS since I played it, at the 1985 Spoleto Festival. It was there that I met our principal oboist Phyllis Secrist and our principal clarinetist Gary Sperl- before I moved here. The KOC season ends on April 26th and 28th with Rossini’s La Cenerentola, aka Cinderella, just in time for, umm, Richter Scale Day. Although this will (I assume) coincide with the Rossini Festival, I believe and hope that the only scales we encounter are either major or minor.

In the Pops department, a wide variety is planned again for 2012-13. (Yikes. 2013. It seems like we were just ringing in a new millenium, but now here it is, the early teens!!) After our venerable Clayton Holiday Concerts on Dec. 12-14, the music of Lennon and McCartney will be showcased on January 19th. A Barbra Streisand songbook show will happen on March 16th and the series will end with 2 bangs– April 13th we will feature trumpet god Doc Severinsen, and on May 11th, piano songwriter Jim Brickman will close out the News-Sentinel Pops series.

While you are marking your calendars, you should make a note of the KSO's Youth Orchestra concerts. Nov.12, Feb. 17 and 18, and May 6 are dates for these fine glimpses into the future of classical music.

Posted by KSO blogger Andy at 8:50 PM No comments:

Sad News from the West


In many ways, Memphis is a western version of Knoxville. Or maybe Knoxville is an eastern version of Memphis. Either way, orchestrally speaking, the two cities are very similar in the size and function of their orchestras. In the late 80's I had an opportunity to meet some Memphians at a project that was called the Nashville Cello Ensemble. 16 cellists from Knoxville, Memphis and Nashville convened at Fisk University in Nashville to perform a concert that included, among other things, Heitor Villa-Lobos’ Bachianas Brasileiras No.1 for Eight Cellos.

The leader of the group was from Memphis; the Memphis Symphony’s principal cellist, Peter Spurbeck. I had been anxious to meet Mr. Spurbeck because my second choice (behind Umass, Amherst) for graduate school had been Memphis State, where he was cello professor. In rehearsing for the show and talking with him, it was soon clear that here was a cellist’s cellist.

After he suffered a stroke in early May, a CaringBridge page was set up in his honor. I learned a lot more about his teaching, and his dedication to his life’s work via the many glowing messages of remembrance left by former colleagues and students.  I had become aware during our brief meeting in 1988 that he, like me, was a diabetic. At that time and for many years after (I was 20-something and still wondering if the cello and diabetes were a good combination), I was inspired by the knowledge that he was not letting his diabetes keep him from achieving anything he wanted. In this respect I learned a great deal from him without taking a single lesson. He had been principal cellist for 30 years, retiring in 1996, and was widely known in Memphis as “Papa Cello.” His passing in late May was a real blow to Memphis’ classical community and the global cello community in general, and he will be missed.
Posted by KSO blogger Andy at 8:51 AM No comments:

Another Entry in the "Ring" Cycle...


As sure as magnolias and roses are in bloom in Knoxville in the spring, there are June brides who hope for a sunny day and safe travel for all their guests. On June 2 our 2nd horn player, Jennifer Crake, was just such a June bride, tying the knot with Samuel David Roche at the Maple Grove Inn. A good many KSO members were present, and some performed, with Maestro Richman directing. Horn section comrade Mark Harrell even composed a work for the event. After a honeymoon in Ireland, Jen will be back on hand to hear the next batch of principal horn auditions in a couple weeks. Congratulations, guys! 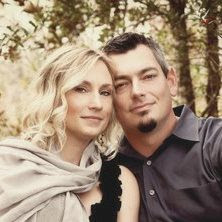 Posted by KSO blogger Andy at 10:59 PM No comments:


As we did in 2010, we will be collaborating with UT’s Clarence Brown Theatre, this time on Stephen Sondheim’s Sweeney Todd. I’m sure you are familiar with the subject matter of this production. Written in 1979, Sweeney Todd couldn’t help but inspire the 1982 film Eating Raul, and Fannie Flagg’s 1987 novel Fried Green Tomatoes at the Whistle Stop Café (which became a movie in 1991). Quite a cannibalistic decade, that. Opening August 30, and continuing through early September at CBT, featuring Knoxville’s own Dale Dickey.

I know you’ve been waiting for part 2 of part 2. For a composer, it’s easy to get a hold of your audience’s attention by being able to have songs or works with titles, like Claire de Lune or Stairway to Heaven or even Starships. I believe chamber music fails to properly grab hold in Knoxville because so many of the great works are entitled simply  “Sonata,” or “Quartet,” or the like. This town, heck, any town can always use a chamber music infusion, and Concertmaster Gabe Lefkowitz has launched an invigorating recital series at Remedy Coffee in the Old City. On three nights scattered throughout the season  will be Sonatas by Prokofiev and Ysaÿe and other violin classics, paired with the likes of Dvořák’s Piano Quintet, Brahms’ B-Major Trio, and Mendelssohn’s Octet. The first of these shows will be Wed. October 3rd at 7:00. That Brahms trio I mentioned is his best by a wide margin, and it will close the program.

I hope you appreciate all the trouble I went to in finding the diacritical marks above. I am not a natural typist, I type only by ear.

Posted by KSO blogger Andy at 2:10 AM No comments: